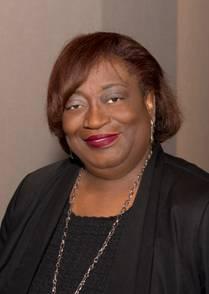 As Assistant Superintendent for Business & Finance and CFO, Phyllis Geans is responsible for fiscal management, compliance with federal and state policies, and supervision of a staff devoted to managing various operations (i.e., Business Office, Transportation, Technology and Child Nutrition) at the school district. Ms. Geans held the position of Budget Director for Lamar University prior to joining the PAISD team. She retired from Entergy Texas in December 2004 as the Business & Operations Manager reporting to CEO Joe Domino. She enjoyed a 26-year career at Entergy.

Ms. Geans earned her Bachelor of Science degree in Accounting from the University of Arkansas in 1985 and her Master of Arts degree in Information Systems Management from Webster University in 1991. She became a licensed Certified Public Accountant (CPA) in 1988 and graduated from the Wharton/Entergy Executive Program in 2002.

Outside of PAISD, Asst. Superintendent Geans has shared her talents in various capacities throughout the community. Among the organizations that have received her support are the American Red Cross, March of Dimes and the Cystic Fibrosis Association.  She was recognized by the Beaumont YWCA in 2000 for her outstanding service and was the Beaumont Habitat for Humanity 2002 Barry F. Long Award recipient for Outstanding Volunteer.

Asst. Superintendent Geans is a 2002 graduate of Leadership Southeast Texas and has held several positions on the advisory council, including Alumni Chair.  Ms. Geans has been a member of the Lone Star Investment Pool Advisory Board since March 2010. In July 2019, she was approved by the governing body as the Vice Chair for this board. Ms. Geans has also served on the board and finance committee for the Southeast Texas Nonprofit Development Center. She was recently appointed as the Finance Chair of the Finance Committee for the 2019 fiscal year. 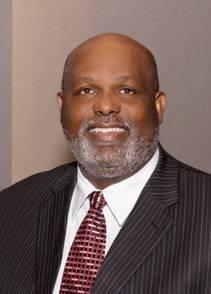 Port Arthur native Dr. Melvin Getwood is a graduate of Lincoln High School. The Assistant Superintendent earned his Bachelor of Science Degree in Political Science and History from the University of North Texas (formerly North Texas State University) in Denton, Texas. He earned his Master of Education in Administration from Prairie View A&M University in Prairie View, Texas. Getwood earned a Doctorate in Educational Leadership from Lamar University in Beaumont, Texas. In addition to his certification as a superintendent, he is also certified as a teacher and principal.

Dr. Getwood has held positions as a teacher and coach at both the middle and high school levels. He most notably served as the 1st Varsity Assistant Coach to the legendary James Gamble at Getwood’s beloved alma mater, Lincoln High School. Under their leadership, Lincoln High School boys’ basketball team earned four state championships. Dr. Getwood also had the opportunity to serve as an assistant principal and principal at the high school. He is credited with expanding educational opportunities for students there. During his tenure, the Fine Arts and Athletics Departments received state and national recognition for student performance and competition. Lincoln received the Texas Successful Schools Award from the Texas Education Agency (TEA) for improved Texas Assessment of Academic Skills (TAAS) scores, as well as the Texas Monthly Five Star Award for overall academic success by its students. For these achievements and more, Dr. Getwood was recognized as the Region 5 Secondary Principal of the Year.

Beyond the classroom and basketball court, Dr. Getwood has shared his time and talents on committees of the regional and state Southern Association of Colleges and Schools and as a representative with the Texas School Improvement Initiative. Getwood was also elected Region 5 Director of the Association for Compensatory Educators of Texas (ACET). In that role, his primary duty was to keep Region 5 school districts aware of statewide policies and procedures. The wide range of positions held by Dr. Getwood, including Director of External Funding with PAISD, have required him to skillfully budget grants, implement Title I Programs and special services for students, and supervise curriculum and instruction.

Dr. Getwood and his wife Yolanda have two children and three grandchildren. He has been a lifelong member of St. Paul United Methodist Church and is a Life Member of Kappa Alpha Psi Fraternity, Incorporated.  He remains dedicated to the mission of providing a quality education for all students in the Port Arthur Independent School District. 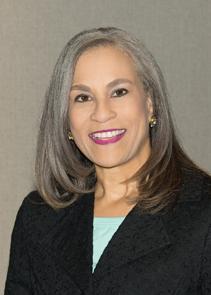 With more than 30 years experience in the education field, Robin Arceneaux Beaty oversees PAISD campus counselors, social workers and the Gifted and Talented Teacher Program. She also serves as one of the District Coordinators for School Improvement. The Port Arthur native is a graduate of Lincoln High School and received her Bachelor of Science degree from Texas Woman’s University in Denton, taking only three years to reach this achievement. Beaty minored in Journalism and interned at a Denton television station while in college. She earned a Master of Education in Educational Leadership from Prairie View A & M University in Prairie View, Texas.

Before joining PAISD, Beaty enjoyed great success in the Houston Independent School District. There, she rose through the ranks, serving as a Master Teacher, Lead Teacher, Grade Level Chairperson and Teacher Trainer for Professional Development. Her classroom management expertise and her ability to deliver instruction at the highest level earned her the designation of mentor to new teachers in HISD. Beaty would go on to become a high school counselor, assistant principal, principal and director. She had the distinct honor of overseeing two campuses in a single school year and was also selected by the superintendent to open a new campus housing pre-kindergarten through fifth grade students. Houston’s Region IV named Beaty Principal of the Year.

Mrs. Beaty is a 2018 graduate of Leadership Southeast Texas. LSET is a program for community leaders that examines the strengths, weaknesses, obstacles and opportunities for economic development, regional unity and quality of life. Through this initiative, the longtime educator was afforded the opportunity to strengthen her professional network and participate in a service project benefitting the entire Golden Triangle.

Mrs. Beaty is proud to work in the community she calls home and to be continuing a family legacy. Her father, Leroy Arceneaux, was also an educator and a coach with the Port Arthur Independent School District, serving for more than 30 years. Beaty’s goal is to be an agent for change in reaching the highest level of accountability for all students.
Mrs. Beaty and her husband Rahn are the parents of one son, Carl, who is a graduate of the University of Houston. 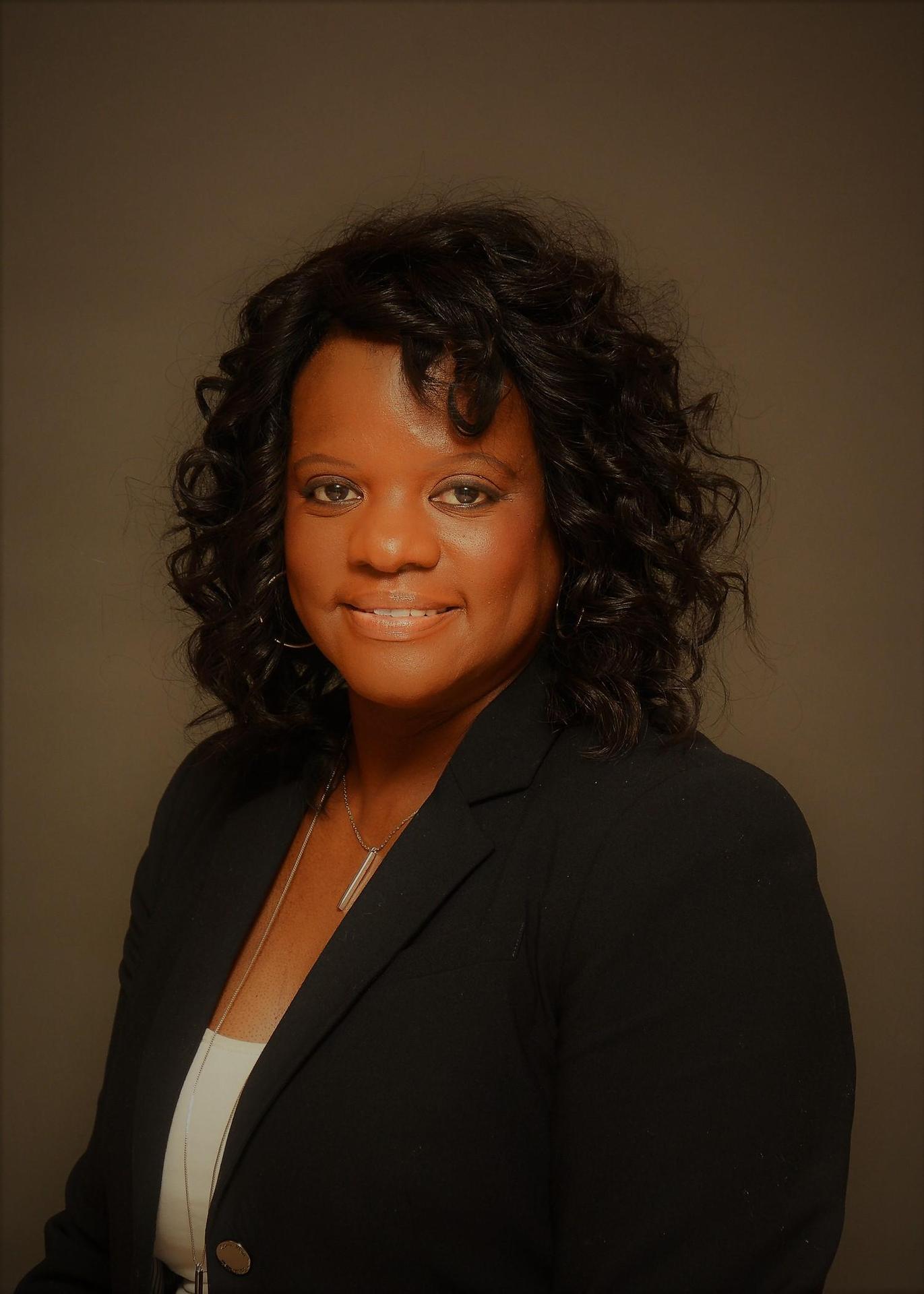 Dr. Kim Vine
Chief Education Reform Officer
Dr. Kim Vine has more than 28 years of experience in the field of public education. Her professional history reflects success in the following positions: General Education and Gifted/Talented Classroom Teacher, District Lead Reading Teacher, Grants Manager, Curriculum Coordinator, Assistant Principal, Principal, and presently, Chief Academic Officer (a District-level Role).
Her Curriculum Vitae reflects the following degrees, certifications, and licenses: Bachelor of Science Degree (Majors: Education and English); Master’s Degree in Educational Administration; Doctorate of Education (Concentration in Educational Leadership); Superintendent’s Certification; Principal Certification; Lifetime Texas Teaching Certificate; Gifted/Talented Certification; Appraisal Certification; and Field Supervisor Certification through Region V ESC.
Currently, Dr. Vine provides instructional leadership, direct supervision, and support to the District’s Elementary Schools and the Early Childhood Center. Additionally, she leads the District's Instructional Coaching Program, co-chairs the District’s Planning Committee, and serves as a District Coordinator of School Improvement.
She is widely known as a perpetual learner and problem solver. She holds herself highly accountable for creating the conditions for learning and instituting processes that promote instructional effectiveness. In partnership with the members of the Learning Community, she contributes to continuous improvement through data-driven actions and the standardization of transformative professional practice (PK-12).
Dr. Vine is truly grateful for the opportunity to serve, in Port Arthur ISD, as Chief Academic Officer, facilitating the growth and development of educators and children, in the name of educational equity and excellence for all. Excellence, she believes, when fully operationalized, elevates others and simply presents itself as service, support, and sacrifice. 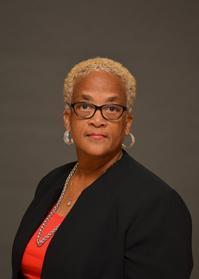 As the Executive Director of Human Resources for the Port Arthur Independent School District, Kathy E. Londow is responsible for leading the school district’s HR programs and policies, in particular -  recruitment, employee relations, compensation, benefits, certification and performance management.  Supporting the district’s goals, Ms. Londow is responsible for the overall administration, coordination and evaluation of the human resource function.

Ms. Londow began her professional career as a News Reporter for KBMT TV 12 in Beaumont.  She also worked in the Child Protective Services unit of the Texas Department of Human Resources in Beaumont and as an HR Representative and Trainer for Chemical Waste Management (CWM) Inc. in Port Arthur.

A promotion to Human Resources Manager for the South Central Region of CWM resulted in Ms. Londow’s relocation to Memphis, Tennessee where she lived for over 20 years.  While in Memphis, she also worked in various HR leadership positions for Memphis Managed Care Corporation, Inc., Christ Community Health Services and Regional One Health, Inc. – the largest teaching medical facility in the southeastern United States.  Returning to Port Arthur in 2015, Ms. Londow worked as the HR Director for Gulf Coast Health Center before joining the PAISD executive team.

Ms. Londow is a Senior Certified Professional with the Society for Human Resources Management and also holds the distinguished certification as a Senior Professional in Human Resources with the Human Resources Certification Institute.  She received a Memphis and Shelby County Silver Star Achievers Award for community service while in Memphis and she was active in a variety of civic and service organizations.  Ms. Londow is a member of Alpha Kappa Alpha Sorority and a graduate of Leadership Beaumont in 1989, Leadership Memphis – Executive Program in 2012 and Leadership Southeast Texas in 2019.