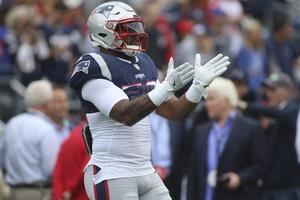 The last time Wade Phillips coached in a Super Bowl, he had quite a defense to work with. Since then, Elandon Roberts has qualified for three straight trips to the Big Game.

DeMarcus Ware — whom Phillips mentored as Dallas Cowboys head coach — Von Miller and Danny Trevathan were the linebackers on a 2015 Denver Broncos team that beat the Carolina Panthers 24-10 in the Feb. 7, 2016, Super Bowl 50. Cornerback Aqib Talib was among the defensive backs who made up the Broncos’ “No Fly Zone” secondary.