Memorial is the No. 1 High School for Super Bowl Alumni 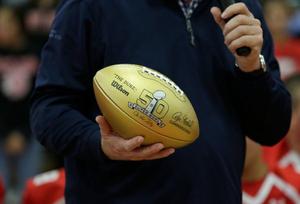 NFL research crowned Port Arthur Memorial king, in terms of alumni who have appeared as players or coaches in a Super Bowl.

By the time Johnny Carson turned to the littlest of the All-Americans on his Tonight Show set, Jerry LeVias had come up with an introduction larger than life.

"I'm from Beaumont, Texas," the SMU star said, "the pro football capital of the world."

Over the more than four decades since 16 Beaumont players populated the NFL, they've come and gone, and the town's claim on NFL supremacy may no longer hold true. Still, it's close.

Port Arthur, a Gulf Coast point on southeast Texas' Golden Triangle, kept the pro football title in the neighborhood, so to speak. NFL research crowned Port Arthur Memorial king, in terms of alumni who have appeared as players or coaches in a Super Bowl.

Headlined by Jimmy Johnson, Jerry Jones' former roommate, Memorial's roll call includes eight players and/or coaches with 13 Super Bowl appearances overall. Carter and Houston Yates are tied for seventh nationally with five player/coaches each. Hillcrest's three include Jon Gilliam, who played for Kansas City in the first Super Bowl, before Lamar Hunt even came up with the name.

Texas is second only to California in both Super Bowl players/coaches (326) and schools (223), which is what you'd figure, given the recruiting trails running through both states. The Golden Triangle's contribution is no surprise, either.