Deandre Nico is Finalist for Newsmaker of the Year 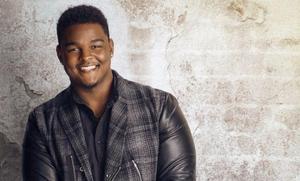 The Press Club of Southeast Texas has named the five finalists for its coveted Newsmaker of the Year. The award, bestowed annually since 1991, honors the Southeast Texan or Texans who had the greatest positive impact on the region in the previous year.
This year’s finalists, in alphabetical order, are:  *   Keith Carter, renowned photographer and teacher at Lamar University, who had his 13th book published in 2018.  *   Bishop Curtis Guillory, who has led the Catholic Diocese of Beaumont since 2000 and reached the church’s retirement age for his position in 2018.  *   W.T. Johnston, head coach of the Newton Eagles, who won his second consecutive state title with the assistance of his son and assistant coach Drew despite suffering from a severe, life-threatening illness.  *   DeAndre Nico, contestant from Port Arthur who made it to the later rounds of “The Voice” and was widely praised despite being eliminated in a bizarre manner by his celebrity coach, Adam Levine.  *   Paula O’Neal, who announced her retirement after 35 years leading Some Other Place, which has provided food, clothing and other vital services to the needy in Beaumont.The finalists were chosen by a vote of the members of the Press Club, who represent the news media, public relations and academia in the region. The winner, who received the most weighted votes, will be revealed at the Press Club’s annual Excellence in the Media banquet on June 7 at the MCM Elegante' Hotel in Beaumont.
Click here for information about attending the banquet or providing a sponsorship.
Source: Kristyn Hunt
Published March 1, 2019 Print